Fifty years after the last working example was retired from public service, MICHAEL DRYHURST recalls a unique route number feature that distinguished many London Transport double-deckers built for the streets of the capital between the 1920s and 1951. 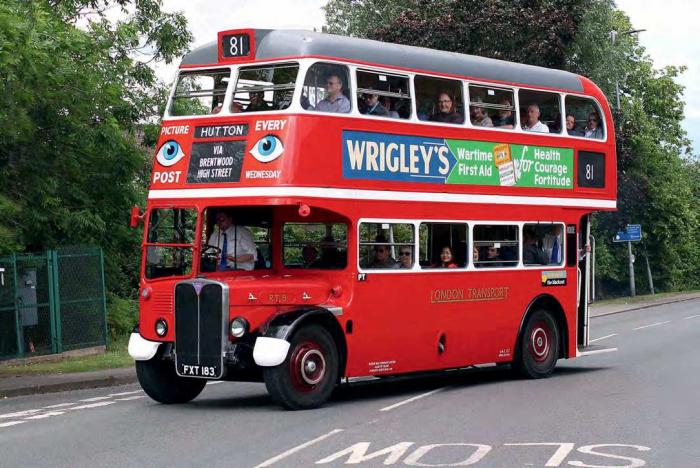 The front roofbox number display stands out on the grey roof of RT8 (FXT 183), new in February 1940 and owned by Ensignbus since 2006 after 45 years in the United States. Its body, built at London Transport’s Chiswick Works, has been restored to wartime condition with the white-tipped mudguard wings intended to make it more visible in blackout conditions.
RICHARD GODFREY

It started back in the mid-1920s, when bodybuilders to the independent bus operators in London sited the route number box in the front dome, leading exponents being Birch Bros of Kentish Town and Christopher Dodson of Willesden.

The style was followed quickly by the ‘combine’, the Underground-owned London General Omnibus Company, which applied the feature to batches of its LT-class AEC Renown and ST-class AEC Regent doubledeckers.