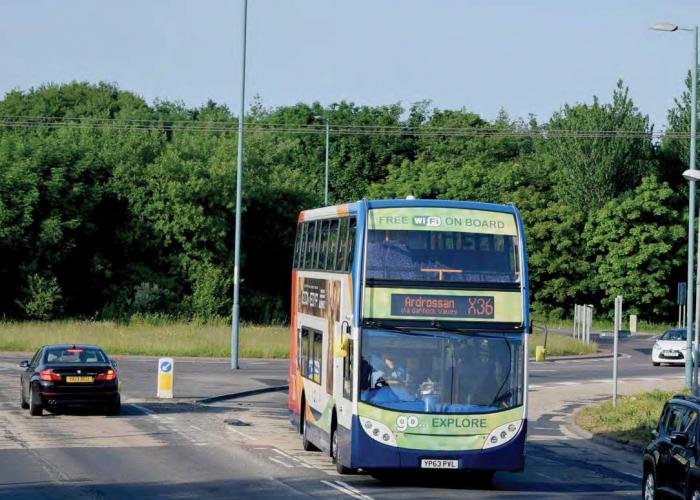 A Scania N230UD/ADL Enviro400 with high-backed seats on the X36 between Kilwinning and Stevenston, on its journey from Glasgow to Ardrossan.
DAVID JENKINS

Local authorities have stepped in to keep some services going that were planned by operators to be reduced or withdrawn.

Nexus will spend £4.3m to plug gaps when Go North East shrinks its network in late July. The authority has worked with the operator to revise some of its proposals, as well as re-cast existing subsidised routes to mitigate the worst effects of the cuts.

The move was made possible as Nexus had anticipated that the need would arise following similar reductions earlier this year. Chair of the North East Joint Transport Committee (the parent body for Nexus) Martin Gannon said: “It is great news that Nexus is able to step in and make sure that communities stay connected. We knew this was coming when we set last year’s transport budget at the North East Joint Transport Committee, and so we took the very difficult decision to increase council contributions to make sure that Nexus had a fighting fund it could use to safeguard as many services as possible”.