ALAN MILLAR pays £1 an hour — plus the booking fee — for a Megabus ride from Manchester to Birmingham Airport, aboard what turns out to be a hired-in coach from a Peterlee independent

ON THE COACH ROADS OF BRITAIN 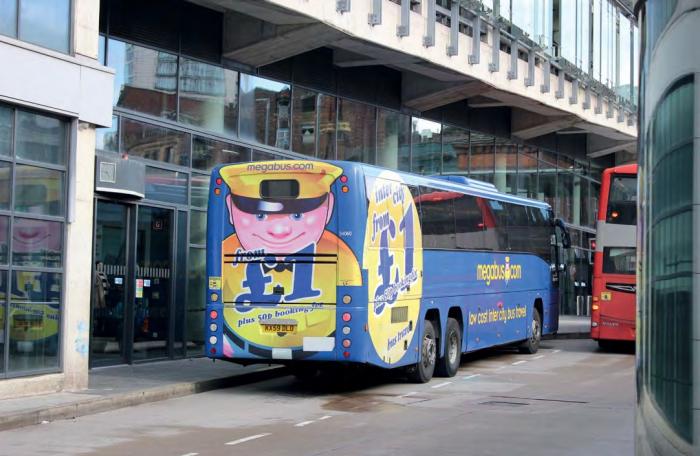 The need to travel from Manchester to the West Midlands at the end of a working day in April 2016 led me to Megabus.com.

My options of where to end up were flexible. It could be Birmingham, Coventry or Leamington Spa. National Express departures were limited and the fares were relatively high. Megabus.com could get me to Birmingham Airport for £3.50 including the booking fee, 18 days in advance.