No German tolls, but more cash for electrification 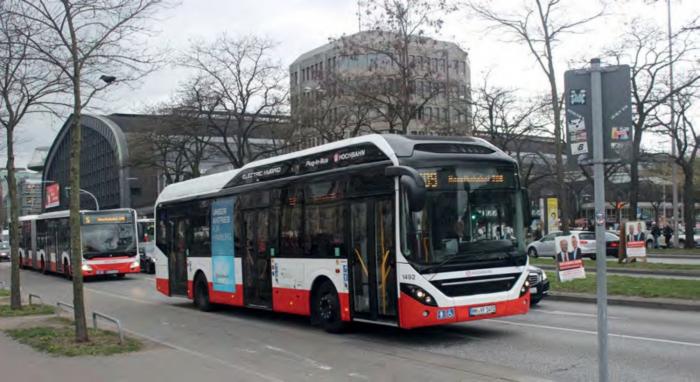 One of three conductively-charged Volvo 7900H electric hybrids that Hochbahn is evaluating on its 109 route in Hamburg.

The German government has rejected Green politicians’ calls for the introduction of autobahn tolls on long-distance coaches, but is pushing ahead with funds for local bus electrification.

Addressing visitors to Bus2Bus in Berlin on 25 April, transport minister Alexander Dobrindt said: ‘Operators must be able to expect underlying conditions which encourage and do not deter competition.’ This also appears to be a warning to state railway Deutsche Bahn, which bemoans its heavy infrastructure costs.

He says the government has contributed towards buying 45 electric buses this year, with another 55 funding applications in the pipeline. Hamburg municipal Hochbahn is adding another 10 to its fleet this year, a further 20 in 2018 and aims to be all-electric by 2030.

From 1 January, subject to European Union approval, it will subsidise up to 80% of the cost of all new electric buses.

■ Berlin transport undertaking BVG was evaluating a Finnish-built Linkker 12Plus electric single-decker on its route 204 in May alongside its resident fleet of Polish-made Solaris electrics.