Although it re-engineered the Eclipse body into a third series model to accommodate the emission-reduction equipment required with the switch from B7RLE to Euro6 B8RLE chassis, low order volumes discouraged Wrightbus from updating its appearance.

This order was sufficiently large for it to justify a change, which blends the wrapround windscreen and lower front dash of the Gemini 3 and StreetDeck doubledeckers.

These particular vehicles have also been built to an increased length to provide more seating — with high backs and headrests — for commuter routes between Edinburgh and East Lothian that were previously operated by First Scotland East. 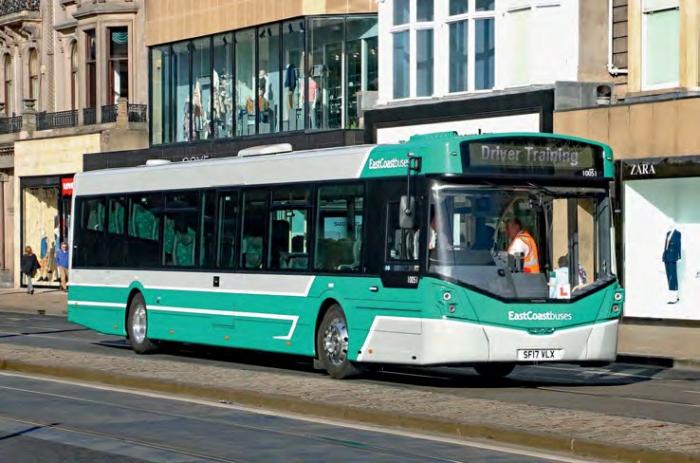