New Citybus open-top around The Hoe 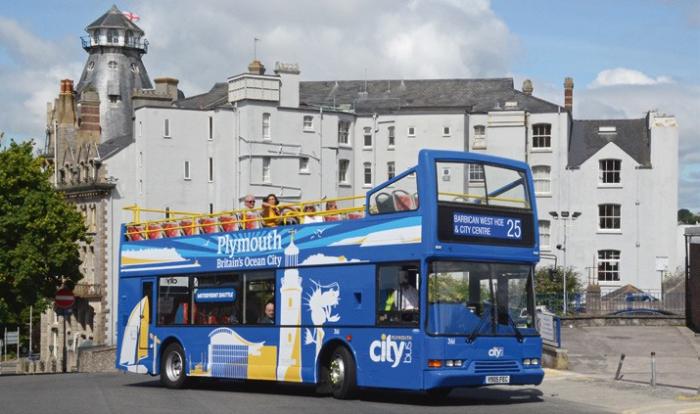 Plymouth Citybus launched a new open-top Waterfront Shuttle on 31 July after 13 years without any open-top services in the city.

The existing year-round circular route taking 24min remains operated by closedtop buses on Sundays. The Bretonside area is currently not served owing to the redevelopment of the former bus and coach station.

The Plymouth Waterfront Partnership says it is an unmissable vehicle the business community has wanted for some time and it hopes the service will be extended next year. Citybus previously ran a similar open-top tour in association with Guide Friday until 2004, using Leyland Atlanteans.