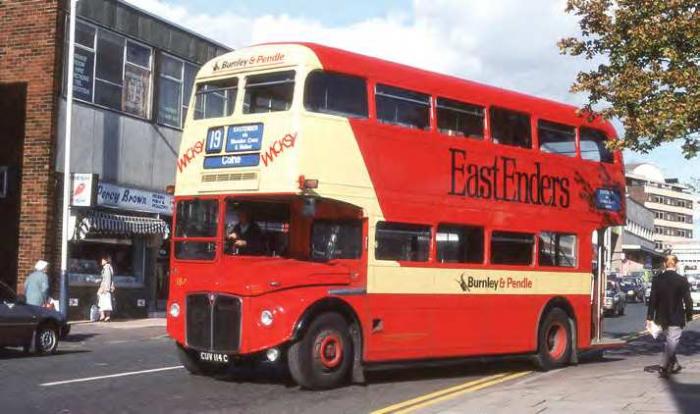 The council-owned company bought five earlier that year to respond to competition generated by deregulation in October 1986. Its then managing director, Keith Ludeman, hails from Bromley on the outer edges of London Transport’s red bus territory and branded them as EastEnders in the font used by the BBC television drama from its launch three years earlier. Each had a name from the London soap: Wicksy, Dirty Den and Dot Cotton after characters, Albert Square and Queen Vic after locations.

They were sold in 1992, by which time Ludeman was MD of London General with many more Routemasters in his care. He led a buyout from London Buses and subsequent sale to Go-Ahead Group where he was chief executive from 2006 to 2011.