A MATTER OF DUTY 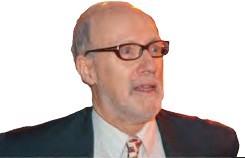 When she made her potentially career saving speech to the Conservative Party conference in Birmingham on 3 October, prime minister Theresa May no doubt reckoned she was on safe ground in announcing that road fuel duty will be frozen for the eighth successive year.

It was a far less difficult issue to address than the thorny and utterly complex one of Brexit, and the declaration was warmly received. Possibly even cheered to the rafters. After all, who wants to think they might have to pay more tax than they do already? And did a previous prime minister of a different political persuasion not come close to being overwhelmed by a civic revolt 18 years ago when a militant protest against fuel prices brought mobility close to a standstill for a few days?

She was not going to bring that sort of trouble upon herself in addition to all the continuing arguments about how we leave the European Union.