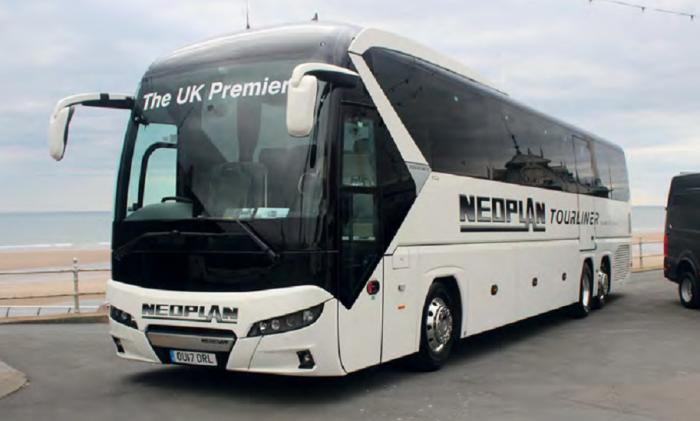 MAN gave a UK audience its first look at the new Turkish-built Neoplan Tourliner, showing a prototype right-hand-drive example in the trade display area at Blackpool.

Unveiled at last year’s IAA show in Hannover, the new Tourliner builds on the current model but with redesigned front and rear with a trademark forward facing strut over the front wheels. The manufacturer claims that it is 20% more streamlined and that the D2676 engine will deliver 10% fuel savings.

The first production coaches for the UK are expected in September, ahead of the Coach& Bus UK show at the National Exhibition Centre on 4/5 October.

■ Mercedes-Benz will launch its new generation Tourismo coach at Busworld in Kortrijk, Belgium on 20-25 October.