THE KNIGHT WHO MADE WRIGHTS 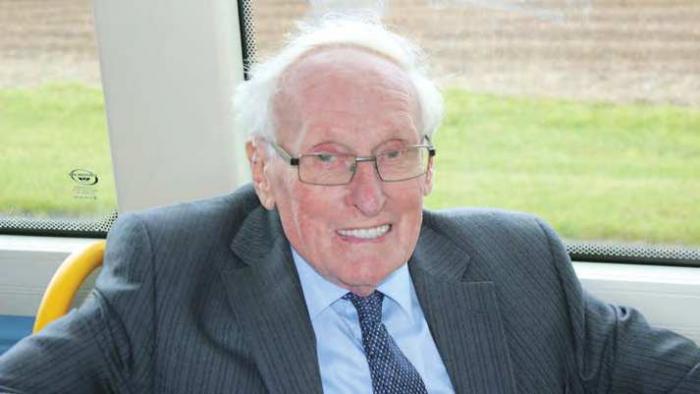 Mere words only begin to describe Sir William Wright, who over a long lifetime transformed a commercial vehicle coachbuilder in rural Co. Antrim into the UK’s second largest bus manufacturer, and also became a prominent public figure in Northern Ireland.

Delivering the eulogy at a memorial service hours after his father was buried privately, former Wrights Group owner Jeff Wright — now a Presbyterian pastor — described Sir William as “a storyteller, a creator, an inventor and an adventurer”.

“He was a genius, and he was a traveller and a wind-up merchant. He loved a good gag. He was always curious and so very kind-hearted and generous in all his ways.

But always, always absolutely the boss.”

Sir William combined steely determination and courage with good humour, had a mischievous glint in the eye, and a ready smile which often erupted into full-blown laughter. His ability to relate to people was a major ingredient of the company’s success in winning and retaining customers.