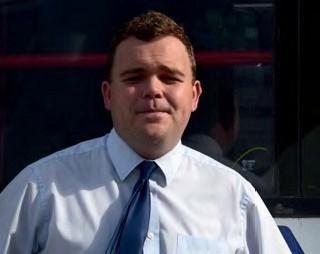 Kevyn Jones, founder and managing director of New Adventure Travel, is leaving the Cardiff-based company at the end of February.

After cutting his teeth at Shamrock Travel and Veolia operations in South Wales, he founded NAT in 2008. The company expanded quickly, winning council contracts across the region. In 2015, NAT made international headlines when it launched a high frequency cross-city service in Cardiff, because promotional adverts on the rear of the buses were regarded as sexist.

The company subsequently launched other commercial services in Cardiff and a service connecting Cardiff to the centre and eastern suburbs of Newport. In January 2018, ComfortDelGro bought the business for almost £14million, with Jones remaining at the helm.