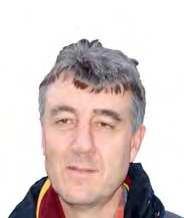 A few weeks ago, I gave a talk to the Young Bus Managers on the National Bus Strategy. Amongst other things I suggested that it would end in tears, and that’s still my feeling, with my bus companies being involved in Bus Service Improvement plans for 11 areas. In all of them, operators, local authorities and consultants are beginning to draw threads together to formulate a plan.

The Department for Transport (DfT) wants bold and ambitious plans, but what does that mean? Should the plan be peppered with headline grabbing ideas, or more realistic plans which the two parties feel they might realistically achieve in the next three years?

The whole thing has a three year time frame, the remaining length of this Parliament, as the government wants rapid improvements to help deliver its levelling up agenda. However, the guidance promised by the DfT has yet to appear and no one is clear how much money is to be allocated, or how it will be allocated.