After several years of decline, Arriva Midlands sold its operations from Cannock depot to D&G Bus on 10 January. SIMON GILL considers how well the new owner’s first week went in this part of south Staffordshire. 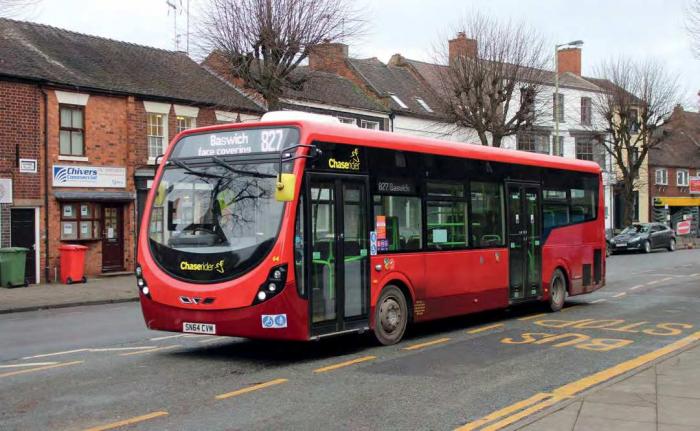 As part of its launch fleet for Chaserider, D&G acquired three dual-door Wright StreetLite DFs new to Tower Transit. This is 64 (SN64 CVM), which was WV46108 in its first life in London, in Eastgate Street, Stafford on 11 January.
MARTIN ANDERSON

There is cause for optimism in Cannock and Stafford, where a change of ownership is injecting new focus and vigour into the network of services operated for over 20 years by Arriva Midlands.

The story goes back to 7 February 1977 when Midland Red Omnibus Company, then part of the state-owned National Bus Company, opened the modern depot at Delta Way, Cannock to replace the Heath Hayes site it acquired with the takeover of Harper Brothers on 22 April 1974. Its opening allocation was of 78 buses.