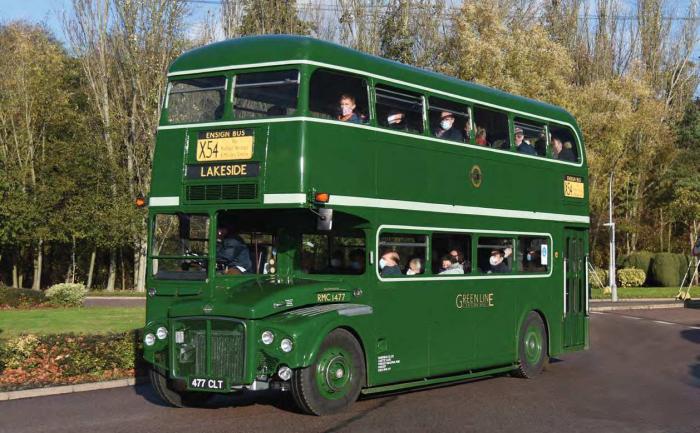 Ensign acquired the 59-year-old 57-seater — from a fleet of 68 built with platform doors, air suspension and extra luggage racks — from Timebus Travel, which had painted it into its red livery with white trim shortly after it purchased it in 2005.

This latest restoration incorporates the subtle application of the Ensign Bus name into the underlining of the gold Green Line fleetnames on the nearside and offside lower panels and also in the top line of the destination blinds.

Ensign already owned red RMC1485, which was repowered with a Cummins engine when owned by Mac Tours in Edinburgh, and RMC1513, which came from Metroline in 2012.