THE FUTURE OF THE BUS 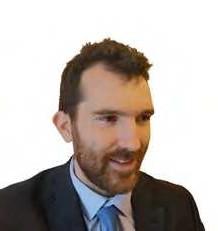 At the end of May, I became a father with the birth of Evelyn Olivia Day. Since then, I’ve been through the most challenging, fantastic and life-changing experience I’ve ever had. Returning from paternity leave with quite a lot less sleep than I’m used to, my thoughts naturally drifted to the future and the world my daughter will grow up in.

Back at my desk, I found the bus industry in a state of upheaval. Stagecoach, undergoing a takeover itself, purchased the Lea Interchange operation of Tower Transit for £20m. Go-Ahead Group had just accepted a £650m takeover bid, while FirstGroup rejected a purchase offer. It remains to be seen whether subsequent offers will be made for the company. Who will be next? It felt like I had been away for two years, not two weeks.

The potential for more than half of the ‘big five’ bus operators to change hands within a year is remarkable. What has inspired these investors? Could it be the government’s investment in the bus sector, despite the criticism from many for its lack of ambition, is making bus operators attractive to those with money to spend?