FUEL-CELLS TO THE FORE AS GERMAN BUS SHOWS RETURN

After a gap of four years, two of Germany’s most important bus trade fairs returned in September. MARTIN BENSLEY reports 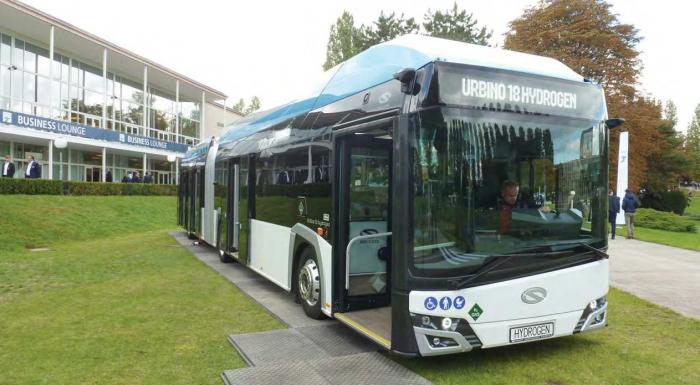 The biennial IAA commercial vehicle show in Hannover and the Innotrans rail exhibition in Berlin with its large bus display, took place more or less at the same time in September.

Both events showcased a slew of new models and the focus was on new electric and hydrogen fuel-cell powered buses and coaches, designed to overcome the range problems of some battery-buses and to enable swift refuelling.

Germany’s premier commercial vehicle and bus show, the IAA in Hannover, was given a makeover for 2022 to mark the first edition since the Covid pandemic. In size terms it was a shadow of its 2018 self, the last year when the event was held, despite an upbeat show motto of “People and Goods on the Move.”

Major manufacturers Daimler, MAN and Volvo chose to exhibit hardly any buses or coaches at either the IAA or rival Innotrans in Berlin and the passenger transport field in Hannover was left to Turkish players like Karsan and Temsa who unveiled a new electrified school coach, the LD-SB-E along with renewed Avenue Electron and HD models.