Deciding how its next vehicles will be powered is among the challenges facing Cardiff Bus as the council-owned undertaking adapts to a quickening pace of major change. RHODRI CLARK reports from the Welsh capital where congestion, ticketing and terminals also are live issues. 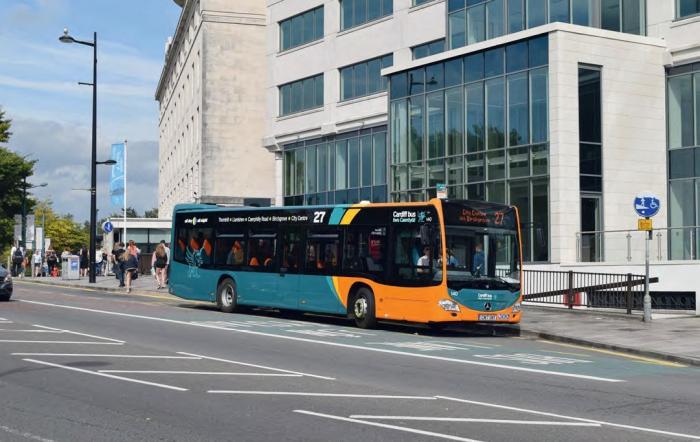 As it contemplates its next order for new vehicles, council-owned Cardiff Bus is approaching a fork in the road. Perhaps a roundabout with multiple arms is a better metaphor, given the large number of choices.

The choices would be fewer if there was greater clarity on the direction of bus policy, and transport policy generally, in Wales. This year the Welsh government has received devolved powers to determine bus policy.

Although this devolution was signalled some time ago, the government has not finalised its plans, although it has said local authorities will be able to choose franchising, direct ownership or the status quo.