Aberdeen Corporation still had two dozen prewar buses in service when Ken Cameron visited the city in June 1957. Among them were Weymann-bodied Daimler COG6s 1 and 2 (RG 9801/2), which entered service in December 1938 and remained until new Daimler CVG6s replaced them in 1960. They were sold to the Aberdeenshire independent, Simpson’s of Rosehearty where they remained licensed until 1963. No.1 on the left, with different front roof dome and driver’s windscreen, was exhibited when new at the Scottish Motor Show in Glasgow in November 1938, probably on the Daimler stand. 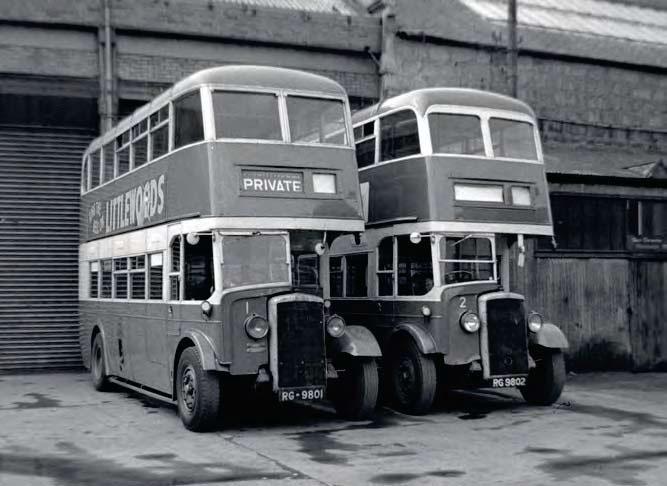 Where to send your reports