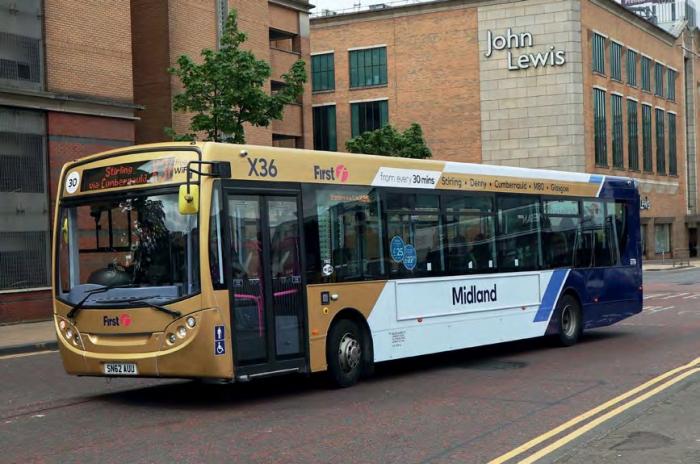 First’s 260-vehicle Scotland East business — now serving West Lothian, Stirlingshire and Clackmannan following its retreat from East Lothian, Midlothian and the Borders — is upping the ante in a battle for business with council-owned Lothian Buses, which has established 10 Lothian Country-branded routes in West Lothian since August last year and opened a depot in Livingston.