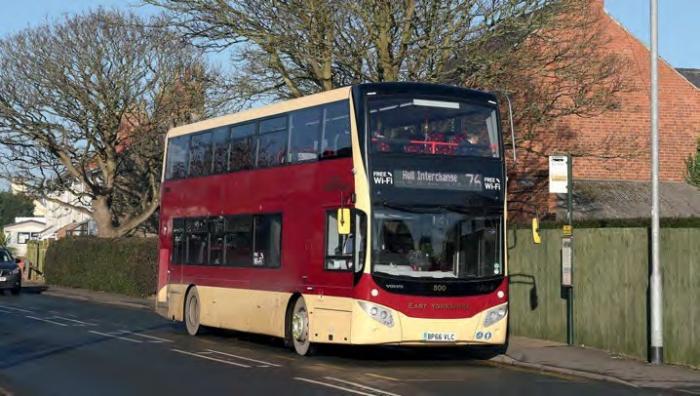 Despite what it says are ‘extremely tough times’ for independent operators, East Yorkshire Motor Services has confirmed orders to replace nearly a tenth of its bus fleet.

In January it took delivery of four 30-seat Alexander Dennis Enviro200 MMC singledeckers, built at Plaxton’s Scarborough factory, to update the Scarborough & District fleet, and six Volvo B5TL double-deckers with Egyptian-built MCV EvoSeti bodies for its depot at Withernsea. The double-deckers were purchased on the strength of East Yorkshire’s satisfaction with a single EvoSeti — the first built for the UK — which entered the fleet two years ago.

It is buying a further 17 vehicles of both types later this year, five more Enviro200 MMCs also to be built at Scarborough and 12 EvoSeti-bodied Volvos.

‘Times are extremely tough for bus operators at the moment, particularly independent private operators such as EYMS, mainly due to central and local government funding cuts and the damaging effect of ever increasing traffic congestion, ’ says chairman Peter Shipp.

‘Ideally we need to buy more new buses each year but we still need to do as much as we can afford to update our fleet, which would otherwise simply get progressively older and more expensive to maintain. And of course we want to provide as many modern buses as possible for our passengers to use and our staff to drive.’

He says both types are expected to deliver improved fuel consumption over the vehicles they replace, which is particularly important for the double-deckers, which will run for over 50,000miles a year on the Withernsea- Hull corridor, against 30,000 or less clocked up by buses on local urban routes.

‘The benefits of the better fuel consumption can be maximised on the longer route and help to offset the rise in fuel prices which is now starting to happen again, ’ says Shipp.

The double-deckers are equipped with free WiFi and displace similarly equipped Wright Eclipse Gemini-bodied Volvos, which in turn replace single-deckers on route 66 (Hull- Hessle). Both batches of displaced buses were equipped with WiFi last autumn, allowing East Yorkshire to extend its coverage of the facility on to other Hull area routes. 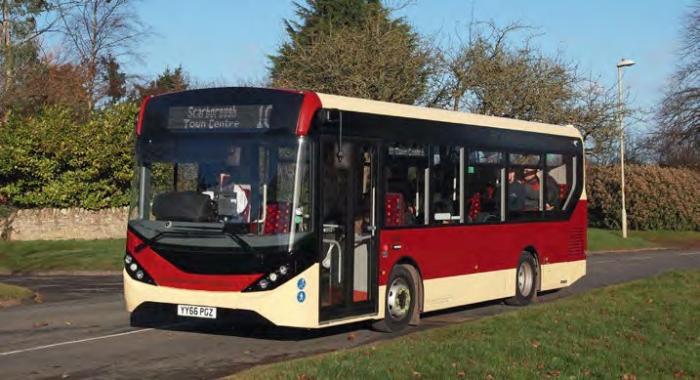