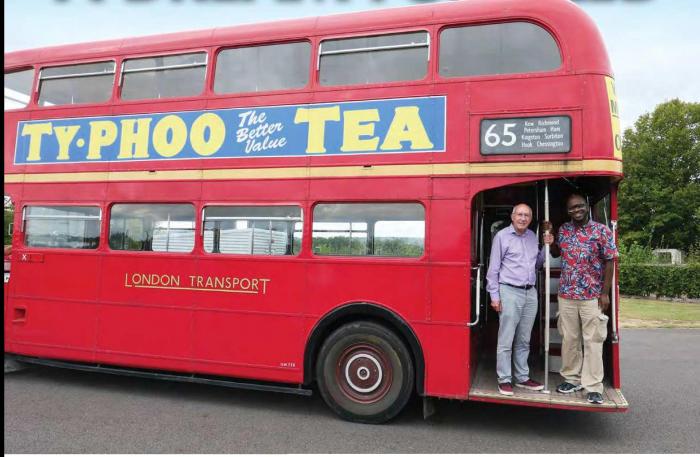 Currently best known as a presenter on BBC Three Counties Radio, Edward Adoo has a lengthy CV listing radio and television projects, DJ work at clubs and special events, and voice narration. While his website describes him as an ardent music lover, with a particular interest in electronic and black music, it is certain that his first love is buses, an interest he claims began in the first few years of his life.

Recently, Adoo had the opportunity to have a driving lesson in two heritage buses – RT4779 and RM613 – at Brooklands Museum in Surrey for an episode of the UKTV television show Secrets of the Transport Museum. The episode in which he is featured, the eighth episode of the show’s second season, is due to air on the Yesterday channel on Tuesday, March 22 at 20:00. Buses had the opportunity to speak with Adoo about his experience filming the show, as well as his lifelong interest in buses.