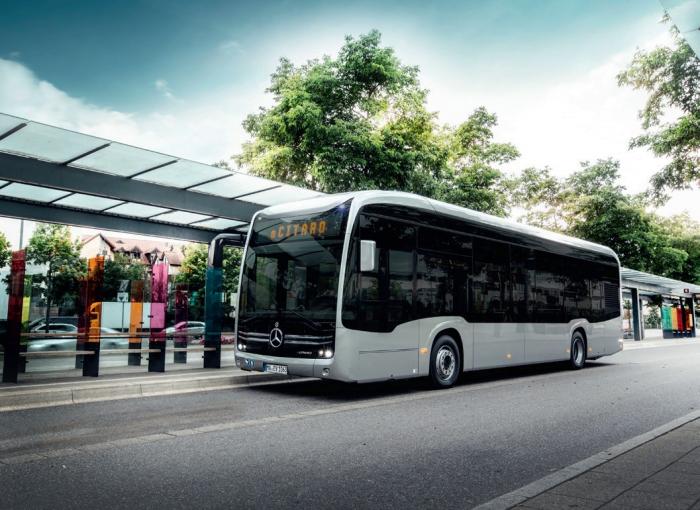 The Mercedes-Benz eCitaro will be available in the UK from 2020.
DAIMLER 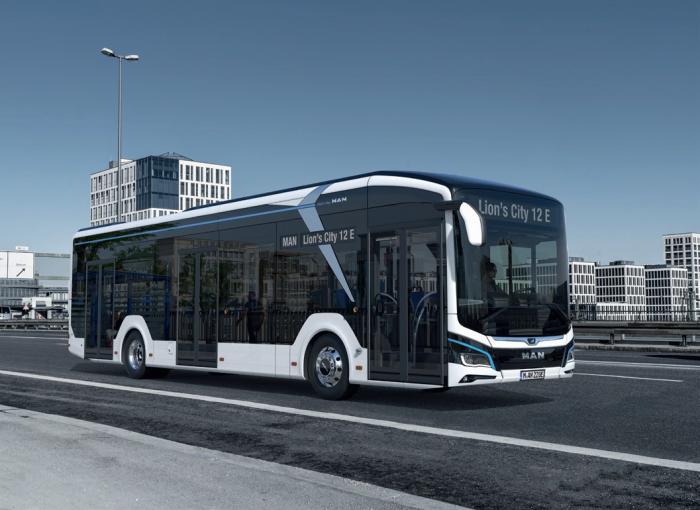 Electric buses are becoming more mainstream, with Germany’s Mercedes-Benz and MAN launching battery Citaro and Lion’s City and Citaro single-deckers at the IAA commercial vehicle exhibition in Hannover in September.

MAN is exhibiting its new battery electric Lion’s City 12 E single-decker and Daimler will officially unveil the Mercedes-Benz eCitaro, the all-electric version of its best-selling city bus, along with a refreshed, new generation of the diesel-powered Sprinter minibus.

The Mercedes-Benz eCitaro is the all-electric version of its best-selling diesel city bus and carries over the distinctive glossy black front panel from the Future Bus driverless prototype seen at the IAA in 2016. It can carry up to 88 seated and standing passengers.

The first examples are due to be delivered to Mannheim-based Rhein-Neckar-Verkehr (RNV) later this year. Both BVG in Berlin and Hamburg’s Hochbahn have ordered examples.

The first four eCitaro G bendybuses will go into service with Stuttgart’s SBB municipal between 2020 and 2022. They will work a new X1 inner-city express route linking Stuttgart with Bad Cannstadt and will use a hydrogen fuel-cell as a range extender. A right-hand model will be available in the UK from 2020 when an upgraded, second-generation eCitaro comes on stream.

MAN will take longer to put its Lion’s City 12 E into production. Versions of the three-door electric will undergo shakedown field trials in Munich, Hamburg, Wolfsburg, Paris and Luxembourg before entering regular service in the second half of 2020.

It features the crisp ‘smart design’ of the standard Lion’s City diesel revealed earlier this year with a distinctive, Neoplan coach-style upward-sweeping side pillar strip in silver on its flanks. There are 29 seats and room for around 60 standees.

Both manufacturers will offer guarantees on the batteries, which may later give way to solid state batteries with a longer working life. They claim a maximum range of up to 250km (155miles) in ideal operating conditions.

Both will offer opportunity charging, but neither believes that the use of pantographs, roof rails and gantry infrastructure is the best or most economical way to achieve electric mobility.

The eCitaro uses roof-mounted batteries up to a capacity of 243kWh for a theoretical maximum range of 250km (155miles) although everyday conditions may limit this to 150km (93miles). The 2020 second generation model should have around 330kWh on tap with a more reliable higher range. It uses a 250kW dual-motor portal axle from ZF.

Power for the MAN comes from one central electric motor on the rigid and two on the articulated version driving the second and third axles. It says the central motor is easier to access and maintain, which should reduce total cost of ownership.

The electric driveline produces between 160 and 270kW in the rigid version. The modular lithium-ion batteries are rated at 480kWh capacity for the rigid or 640kWh for the artic. They are charged for 3hr at the depot in the case of the rigid, 4hr for the articulated version.

Its batteries are mounted on the roof and there is no need for an engine housing either, which makes for more rear saloon seating room.

Both German manufacturers have been slow to offer an all-electric bus, unlike such competitors as Volvo, BYD, Solaris, VDL, Irizar and Heuliez.