One of the worst results of this lunacy is its effect on the tendered bus network, as tendered services tend to have a higher proportion of concession passengers than commercial services — 90% on some of ours 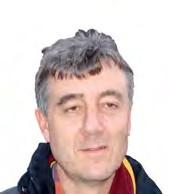 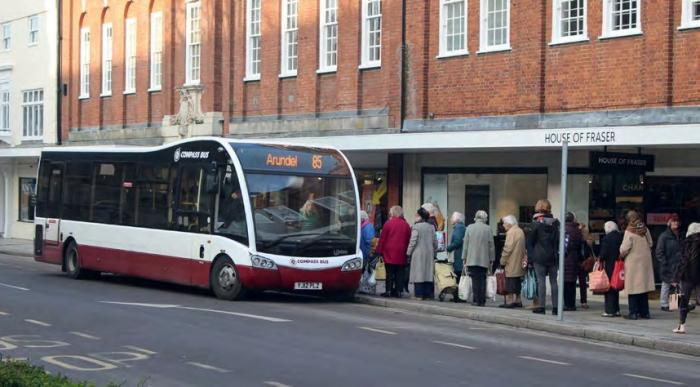 This month I thought I would try to explain some the workings of the English National Concessionary Travel Scheme and its pernicious effect on the nation’s bus network. Similar, but in detail different schemes operate in the other parts of the United Kingdom.

The current system was one of Gordon Brown’s election bribes, and had as much intellectual thought given to it at the time as any bribe. Subsequently once the Department for Transport realised how costly it might become, it made it more and more complicated in order to confuse operators and minimise payments. Last time I looked at the ‘guidance’, it ran to 64 pages of mindless boilerplate, plus appendices.

The objective of the scheme is that an operator will be no better and no worse off from carrying concessionary passengers than if it carried them at the normal adult fare.

If the concessionaires are being carried at no fare (i.e. free) they will make more journeys than if they had to pay full fare. And so the 64 pages attempt to calculate how many extra journeys have been made, with minute precision, down to four decimal places.

The operator will have to provide lots of information, not only on adult fares, but on the equivalent adult fare in 2005, the average speed and occupancy of the bus and the colour of the passengers’ eyes (okay, I made that one up). This is to ensure that the operator makes no profit from carrying those extra passengers.

For example, suppose that Tesco halves the price of carrots. Tesco does not do this because its customers will have better health from eating carrots; it does it either because it will sell lots more carrots or customers will be tempted into its stores by cheap carrots and will buy more normal price produce, and in both cases make more profit.

Quite why bus operators should not make more profit from carrying more people is something that eludes me.

Now you might think that all an operator had to do was fill in a claim form, all 25 pages of it, send it off and get paid. Sadly that is often not true. When the operator has provided all this information, it has to be sent to the local authority where the passenger boards the bus, the authority then does its calculations and then tells the operator how much it is going to be paid.

With this vast complexity, the average bus operator and the average local authority have to resort to consultants who allege that they understand how all of this works, and this has led to an arms race of more consultants, so that each side can out-consultant each other.

A minority of local authorities understands that operators need a fair return for carrying passengers and bus routes are at risk if operators do not receive this. So a big thank you to that minority. But the majority only wish to keep down their expenditure and see concessionary fares as an imposition from central government, which it is, and have little interest in equitable outcomes. In the current cash strapped climate, this need has become even more pressing.

Everyone is a loser in this (except perhaps the consultants). Whenever anyone asks our hapless transport ministers about concessionary fares, they always say that it is fair because operators are no better or no worse off, without the slightest understanding of what this means. I thought Norman Baker must have had a chip implanted that gave this programmed response every time the question was asked.

One of the worst results of this lunacy is its effect on the tendered bus network. Tendered services tend to have a higher proportion of concession passengers than commercial services, on some of ours 90% of passengers do not pay a fare. And these services are more likely to be operated by small operators who cannot afford their own consultants and thus get paid what the local authority decides.

In two cases recently where I have suggested that an operator uses a consultant, the calculation shows a minimum 20% underpayment to the operator.

So if a council cuts a tendered service it saves the tender costs, up to 90% of the notional fares revenue and the Bus Service Operators Grant that the government foolishly gave to local authorities instead of operators a few years ago. Facing severe financial pressures, no wonder tendered services are for the chop.

The current system undermines the bus network more than any other single issue. There is no incentive to change in case it costs more money. This is now a national political issue, which means all logic is lost.

When our politicians finally admit that taxes will have to rise to pay for the system they have created, perhaps some of the generous handouts to the over-60s will be scrapped or modified. At that stage, there is a very small chance that a cheaper and simpler scheme could be introduced.

Until then, the rapid demise of rural and small town bus services will continue.