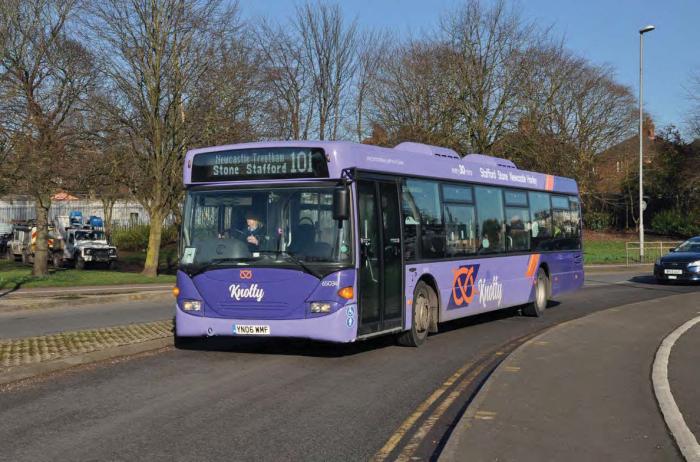 First Potteries began branding some of its routes in north Staffordshire at the end of last year, building on successful exercises at First Leicester and Worcester-based First Midlands West, all of which are in common day-today management. However, this is far from the only route branding that the Potteries company has undertaken over the past 30 years, but it is its boldest.

All of these distinctive brands have been designed by Ray Stenning’s Best Impressions consultancy and are being applied mainly to buses refurbished by Thorntons in Ashington, Northumberland.