CITY TO THE SEASIDE 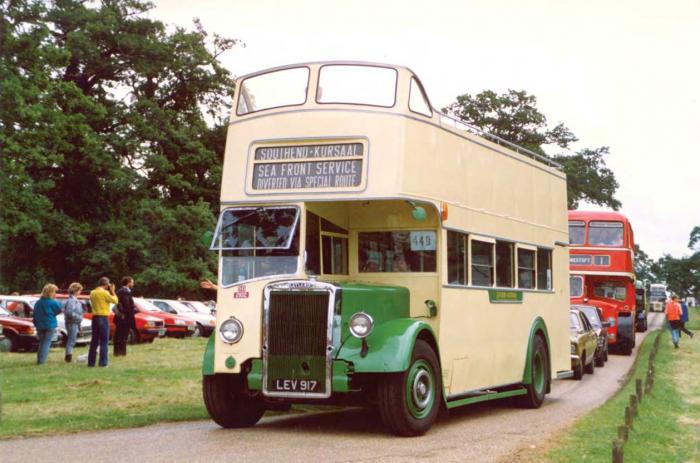 july 3, 1988, and a resplendent LEV heads a line of vehicles arriving at Woburn Abbey for the Showbus rally, followed by Eastern Counties Bristol FL6G LFL57 (557 BNG) and Swindon Daimler CVG6/30 145 (JAM 145E). The platform cover doors are in place and its foglamp has not been replaced following refurbishment.
JOHN G. LIDSTONE

Fate and preservation can be fickle sometimes, cheating the obvious or making the unusual special. Such is the case for a pioneer Leyland Titan PD1, which couldn’t operate the route for which it had been ordered, was taken over by two companies which didn’t need or want extra highbridge buses – and which ended up as a nonstandard Leyland in a fleet of Bristols before being withdrawn, at a time before the preservation movement had become widely accepted.

City Coach Company’s first doubledecker, LD1 (LEV 917), is still with us to this day thanks to far-sighted preservationists led by John Shearman. The vehicle made a remarkable return to passenger service just recently.