Familiar British-designed midibuses work along with full-size vehicles to deliver a bus rapid transit service in South Africa’s second largest city. DANIEL STAZICKER has been to see and photograph them in action. 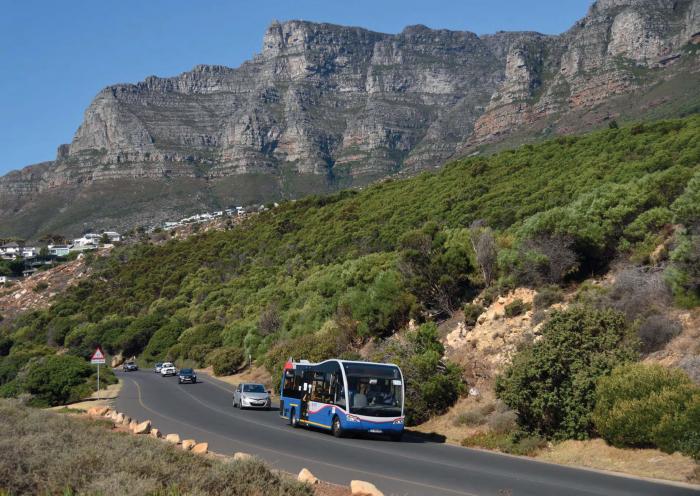 Part of the Twelve Apostles mountain range towers above Optare Solo D146 as it operates an evening peak journey to Hangberg on a road that clings to the South Atlantic Ocean coast. The offside door is for boarding and alighting at island platforms. Despite the name, there are 18 named peaks in the range, which forms the back of Table Mountain.

Over 200 locally assembled Optare Solos play a vital part in delivering MyCiti, a bus rapid transit (BRT) network developed since 2010 in Cape Town, the legislative capital of South Africa and, with 4.6million residents, the second most populated city in the country after Johannesburg. The population has grown by 500,000 in the past five years alone and car ownership is low.