THE BRIDGE OVER THE RIVER TRENT

It was in 1928 that a Nottingham City Transport bus first ventured across Trent Bridge and into the operating territory of the erstwhile West Bridgford Urban District Council. 94 years later and NCT’s operations in Bridgford are among the operator’s most successful. STUART RENDER examines the story behind that success. 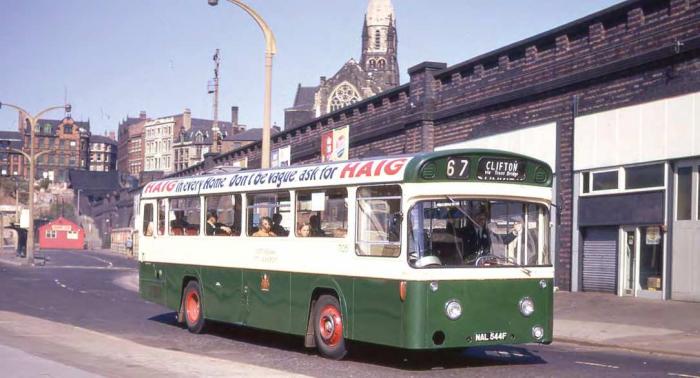 A September 1970 view of Nottingham City Transport 705 (NAL 544F), an East Lancsbodied AEC Swift new to West Bridgford in 1967 as its No.44. It was crew-operated at the time, with a conductor standing next to the driver.
IAIN MACGREGOR

On the southern edge of Nottingham sits Trent Bridge, the structure crossing the River Trent, the boundary between the city and county.

The town of West Bridgford, which sits at the southern end of Trent Bridge, is often seen as a suburb of Nottingham. In reality, Bridgford is a market town in its own right and the administrative centre of Rushcliffe Borough Council.