Blakes Beulas is Coach of the Year 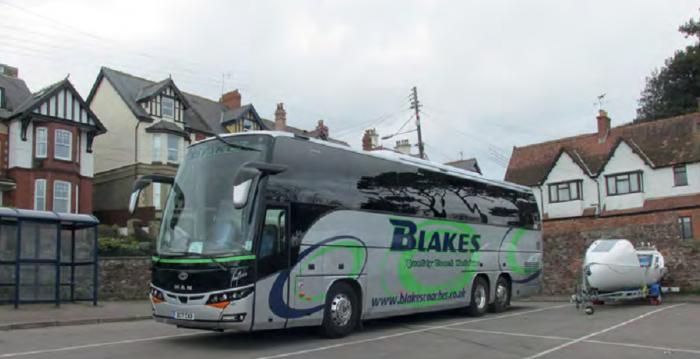 BC17 CWB, Blakes’ Beulas Mythos-bodied MAN, at work in Teignmouth on 17 March. The letters CWB are in memory of Christine Winifred Blake, whose son David and daughter-inlaw Janet founded the business.
LES EDDY

A Beulas Mythos-bodied tri-axle MAN from Blakes Coaches in Devon topped the table at the UK Coach Rally to be judged Coach of the Year. The 13.2m luxury 53-seat RR4 26.480 model from the East Anstey-based company was new in March and beat 54 other coaches entered in the rally on 6/7 May, the second held in Blackpool where the organisers plan to return in 2018. Operators from all four UK home nations took part in the best-supported rally since 2010.

The winning coach also took the Beulas Trophy for the highest placed of the Spanish coachbuilder’s products supplied by Moseley in the South and the Peter Rogers Trophy for the top Confederation of Passenger Transport member in the competition. There was further success for Blakes, which won the Irizar Trophy for another of its recently delivered vehicles, a 13.2m Irizar i6 integral with DAF/ Paccar engine.

It is 20 years since a Spanish-built coach — an Irizar Century-bodied Scania — last won Coach of the Year, an honour taken by German manufacturers’ Setra, Neoplan and Mercedes-Benz integrals for 23 of the previous 35 years.

Blakes also broke a six consecutive years of wins by Parrys International, one of whose three latest high specification Van Hool TX17 Astrons — purchased for over £450,000 each — was entered this year.

The Cheetah XL has been modified for 2017, the heater system moved so that there are three rather than four steps in a revised entrance layout. These lead to a sunken platform, from which there is an additional step to reach the seats. This answers criticism that the original step arrangement looked forbidding.

Top coach from Scotland was a Plaxton Panther-bodied Volvo B11R tri-axle from Moffat& Williamson in Fife, a 61-seater built to a new shorter length of 14m with a standard width door rather than the wider version with wheelchair lift as made for Stagecoach. Top coach from Wales also was based on the tri-axle B11R, a Polish-built 9700 from D. J. Thomas of Neath.

Coach Driver of the Year is Chris Bibby of Bibby’s of Ingleton, who won in 2008, the second last year that the rally was staged in Brighton. 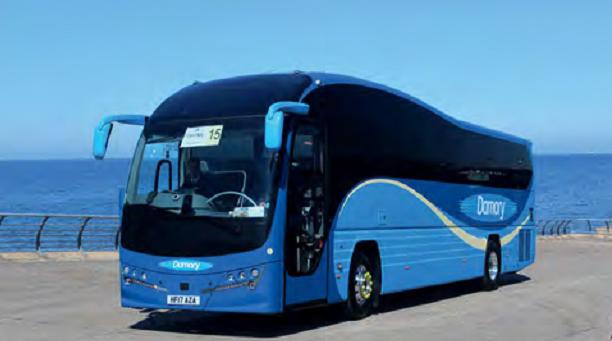