AROUND THE WORLD IN 940 DAYS

Fifty years after a group of young men from Essex completed their circumnavigation of the globe aboard a newly retired Eastern National double-decker, JOHN G. LIDSTONE meets up with some of them and the painstakingly restored Bristol K5G to tell their story and that of this most enduring public conveyance 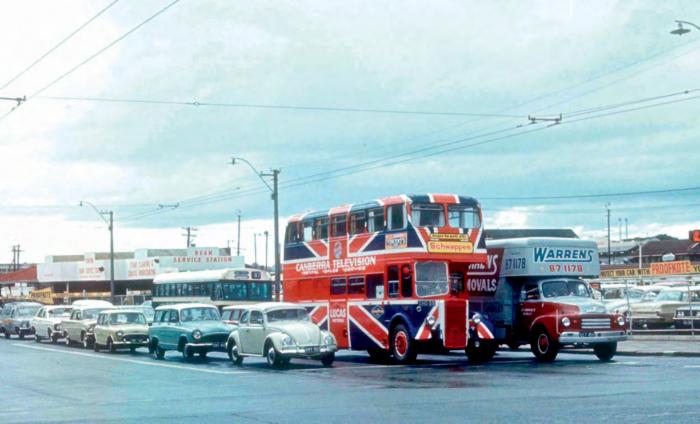 ONO 59 in traffic in Perth, Western Australia after it was decorated in a Union Jack livery. The Bedford removal van and the cars — led by a Volkswagen Beetle, a Simca from France and a BMC Mini — help anchor this scene in the 1960s. JOHN WARD

The Swinging Sixties were called that for good reason. Postwar prosperity and change meant young people had more money in the 1960s, were freed from compulsory military service and had ever more adventurous aims and ideas.