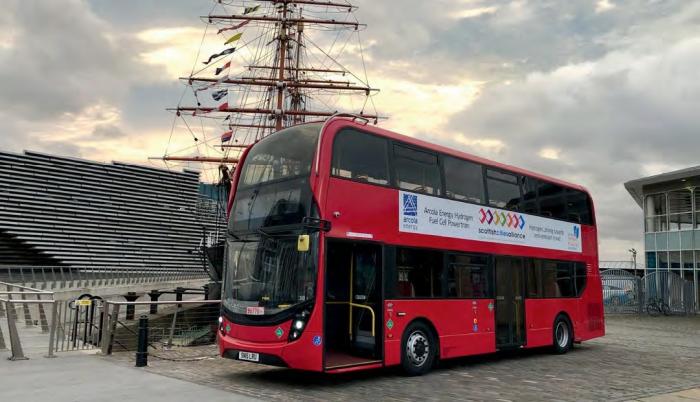 Hydrogen fuel-cell Enviro400 development vehicle SN15 LRU in Dundee, one of the cities where it has undertaken route shadowing trials and which is in line for JIVE funding for a second round of supported purchases of this technology. ALEXANDER DENNIS/ANDREW MACINTOSH

Alexander Dennis has revealed first details of a hydrogen fuelcell version of its Enviro400 double-decker, as Scania and the commercial vehicle drivetrain division of CNH-owned Iveco have also unveiled plans to apply this zero-emission technology to commercial vehicles.

The Enviro400 development vehicle was built three years ago and has been undertaking route shadowing trials in several cities where the manufacturer says it has delivered what it believes are best in class efficiency and fuel economy.