In 1964, Leeds City Transport started putting photos on the covers of its bus timetables. But as STUART RENDER reveals, there was often more to this than simply being a pictorial record

Leeds City Transport (LCT) has played an important role in my life. My father worked in the drawing office at the Swinegate head office during the tramway era, and I began my working life as a mileage clerk working in the same building in 1973.

Although I was brought up in Nottingham, having relatives living in Leeds meant I enjoyed many visits to the Yorkshire city. It was during those visits in the late 1960s that I bought my first LCT bus timetable. That timetable, published in 1968, price 6d (2½), and featuring a photo of newly-delivered Roe-bodied Daimler Fleetline 159 (PUB 159G) on the cover, proved to be the gateway to exploring the city. I soon signed up, at a cost of five shillings (about 60p today), for an annual subscription. Timetables were published every two months. 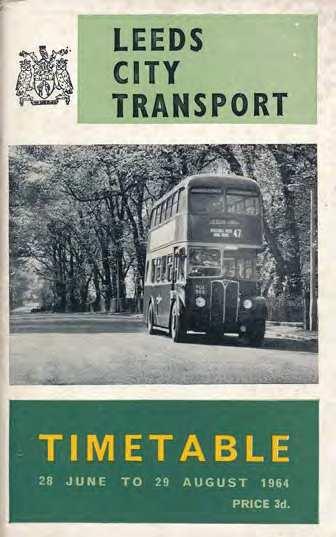 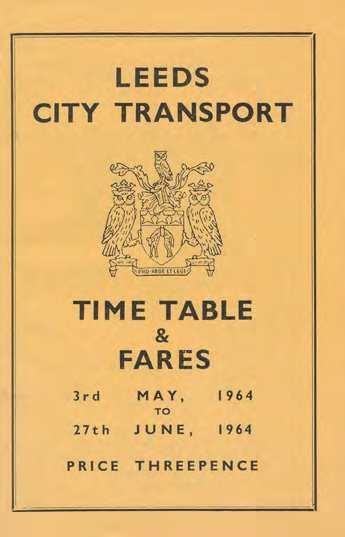 The last of the pre-picture cover timetables. Quite a change.