For the third of his rides around the national parks*, former Arriva regional managing direct`or BOB HIND takes himself around the two in North Yorkshire, sampling a range of routes from community minibuses to the double-deckers of two multinationals 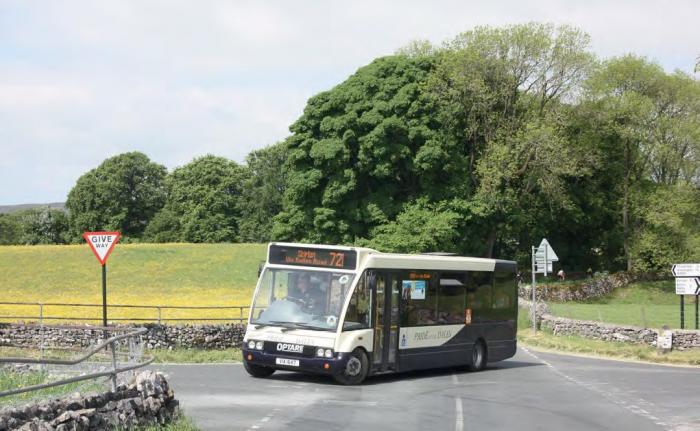 Pride of the Dales VIA 1647, an Optare Solo, passing drystone walls in Linton while operating a 72R journey to Skipton via Raikes Road. JOHN YOUNG

Skipton is the self-professed Gateway to the Dales. Its bus station is not the most attractive gateway and, although there is timetable information on each of the seven stands, there is no indication of which bus goes from what stand, so I walk along to find mine will leave from Stand 7.

It is a shame the bus station is such a dump, as it is next to the Leeds & Liverpool Canal, whose colourful barges enhance this attractive market town.

I have travelled to Skipton to start my tour of the Yorkshire Dales, which will prove to be a contrast to the neighbouring moors.