The Leyland National was truly a revolution in British bus design, all new from the ground up and designed to be quick and easy to manufacture and repair 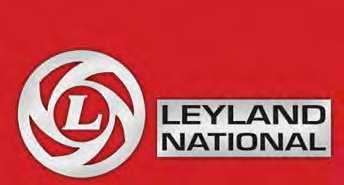 A cutaway elevation of the Leyland National, released for its launch in 1970.

The Leyland National was unveiled to the world in September 1970 when the fifth of seven prototypes — all of them built at Leyland before the Lillyhall factory was completed — was exhibited at the Commercial Motor Show at Earls Court in London. It was registered BTJ 857J.