Whippet is back on the Busway

Whippet Coaches returned to the Cambridgeshire Busway in mid-February, just three months after withdrawing from the northern section (Buses December).

New weekday service P provides competition again for routes operated by Stagecoach East, with three peak-time buses from Whippet’s base at Swavesey running into central Cambridge and on to Addenbrooke’s medical campus in the morning, returning in the evening.

Between times, they operate a 15min interval service between Addenbrooke’s, the main railway station and the city centre bus station in Drummer Street, matching the frequency provided by Stagecoach’s routes A and D. Whippet’s route U, contracted by the university, also provides four buses an hour between Addenbrooke’s and the railway station, giving a total of 12 buses an hour over this section on weekdays. 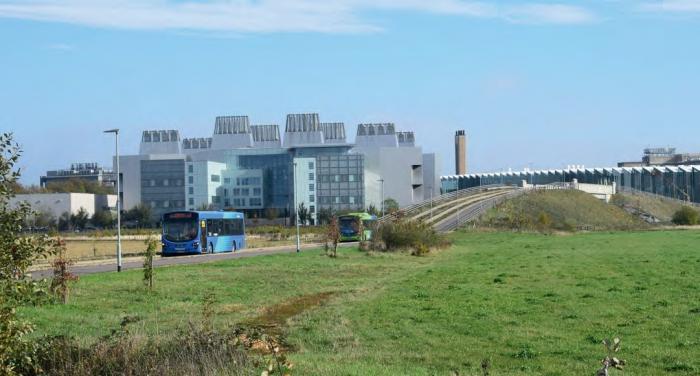 Whippet WG104 (BF63 HFC), a Wright Eclipse 2-bodied Volvo B7RLE on route U, leads a similar Stagecoach vehicle on the Busway from Addenbrooke’s, seen in the background beyond the bridge over the railway.
DAVID JENKINS