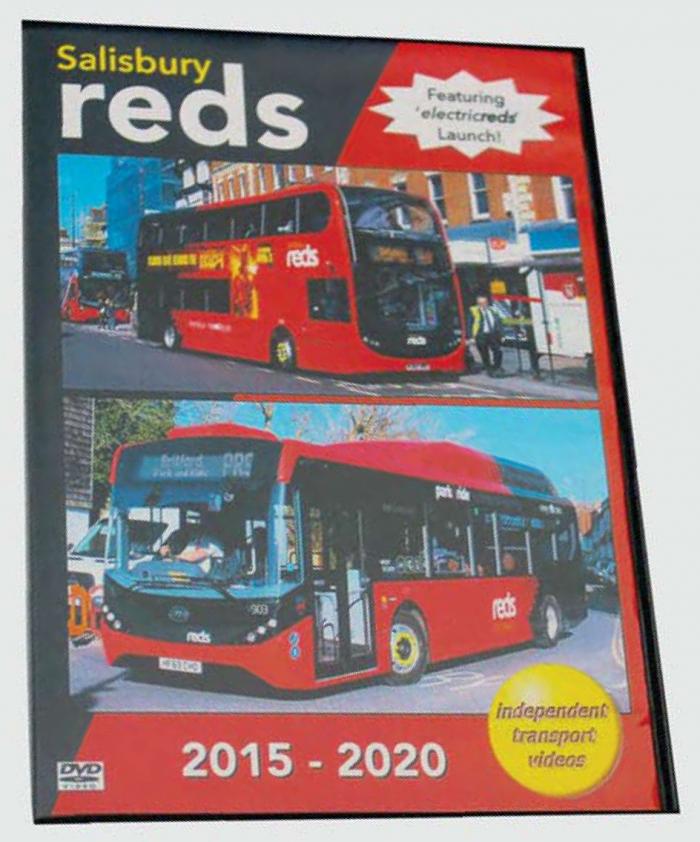 Around 20min of this six-year look at Go South Coast’s Salisbury Reds fleet in action is devoted to the launch, on a wet 30 January this year, of the three BYD/Alexander Dennis Enviro200EV battery electric single-deckers on two of the Wiltshire cathedral city’s park-&-ride services.

Blink at the right second and you will miss a fleeting glimpse of the Buses editor in amiable conversation with a journalistic colleague. More to the point, the footage of one of them being demonstrated first to a regional television crew and then to a wider cross-section of invited guests will reveal how quiet they are. A pleasant electric vehicle hum when filmed from a back seat, just the sound of passengers’ chatter on a 6min segment filmed at the front as it sweeps back into town.

They also feature in service in sequences shot in February, while scenes from 2016 to 2019 show many different types and liveries in the local fleet, as well as those from the sister More and Damory divisions, First, Stagecoach and the independent Wheelers.

The 2019 and 2020 scenes show the latest red and black livery, including its appearance on at least one Scania OmniCity double-decker, as well as the disconcerting sight of all-blue Optare Solos with Reds fleetnames. Both Scania OmniDekkas in Wilts & Dorset heritage liveries are featured, and the odd single-decker with more recent Wilts & Dorset fleetnames provide a reminder that the new brand may not yet have been applied universally.

The soundtrack is without scripted words, but lots of bus noise - especially four-cylinder Cummins engines and the hiss of compressed air being released - and background sounds that in 2015 include a brass band playing off camera in Guildhall Square.