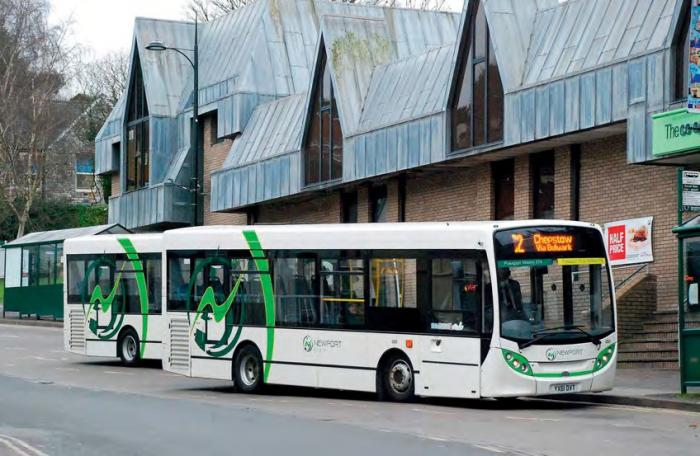 At least two councils in Wales say they might establish their own bus companies if the Welsh government grants the necessary powers.

The Labour-run Cardiff government is consulting on a variety of proposals to improve bus services in Wales including repealing the section of the Transport Act 1985 which, it says, excluded ‘certain councils’ from running bus undertakings.

While eight municipal operators once served urban South Wales and two survive as arms length companies in Cardiff and Newport, the greatest interest this time is from councils in rural areas where they feel that competitive tendering is not producing acceptable results.

Pembrokeshire Council says it is interested in forming a municipal company. It already operates two full-length schoolbuses and 19 minibuses, used primarily for school and social services work. On 1 April it began to operate its first public scheduled service, the 387/388 coastal circular from Pembroke Dock via Pembroke, Angle and Bosherston. It runs daily in summer and two days per week the rest of the year.

Previously the route was operated by Silcox Coaches, which ceased trading last June. A temporary replacement contract was awarded at a higher subsidy. When a longer-term contract was offered, the council received only one bid, which would have increased the subsidy by a further 20%.

A council spokesman says a municipal company would reduce overheads, compared with the council’s current method of providing bus transport. ‘Any profit would be ploughed back into the municipal bus company to improve the quality and quantity, where viable, of bus provision in the county, ’ he says. The company would be tasked only with filling gaps in the local market, rather than operating a countywide network.

Monmouthshire Council registered its first scheduled bus service in 2014, because the cheapest tender would have required an additional £60,000 annual subsidy. It already had 40 minibuses and coaches in response to a local shortage of operators for school, social services and community transport.

The council’s head of operations, Roger Hoggins, says: ‘More flexibility to run a greater range of services in the current industry climate can only be of assistance.’

He says the bureaucracy involved in creating and running a bus company could be shared with neighbouring authorities if the company were to have a regional remit.

Newport Transport, owned by a neighbouring local authority and operating some services in Monmouthshire, has diversified to offer its expertise and equipment to external clients. Many other councils have increased their commercial activities to offset budget reductions.

Monmouthshire, for example, has contracts for grounds maintenance and makes its coaches available for hire.

Rural counties are not the only ones to have experienced tendering difficulties in the past 12 months. Wrexham Council received only a few responses last summer to its call for operators to replace services operated by GHA Coaches when it ceased trading. The council eventually awarded five contracts to RJ’s of Wem in the knowledge that the company’s directors formerly ran GHA Coaches, and had to retender the contracts when RJ’s of Wem lost its operator licence in December.

‘Should any new policy changes be implemented in the future, then these would all be considered in our service delivery options, ’ says a council spokesman. ‘But they would need to have a robust business plan, make sound operational sense, provide an improved output and have resilience for the future.’