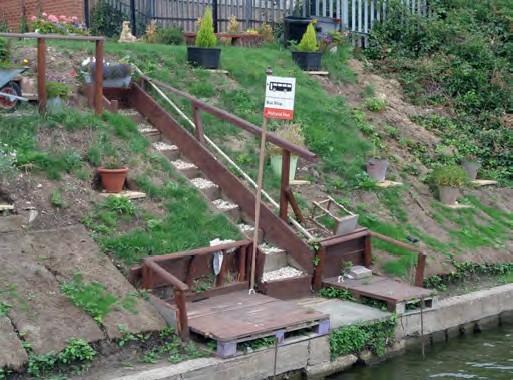 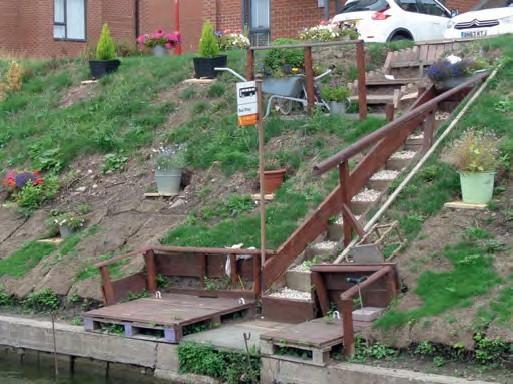 Freud may wait eternally for his bus in Lyon, but those who sit next to whom are rewarded by the appearance of a TCL bendybus into the city centre. Which is more than can be said for the bus stops that Christopher Carter encountered on a two-week canal holiday in the English Midlands.

The family Carter washed past it, complete with steps and waiting area, while negotiating the three Minworth Locks at Castle Vale on the historic Birmingham & Fazeley Canal. He says the structure appears to have been erected by an enthusiast householder who has created a pleasant landscaped canalside feature incorporating a stop flag with Midland Red one side and Midland Fox the other.