CHRISTOPHER CARTER spent two days last summer on Southern Vectis’s seasonal tourist routes, experiencing some of the things that have changed since the 1970s as well as finding one of the old double-deckers that delighted Laurence Knight 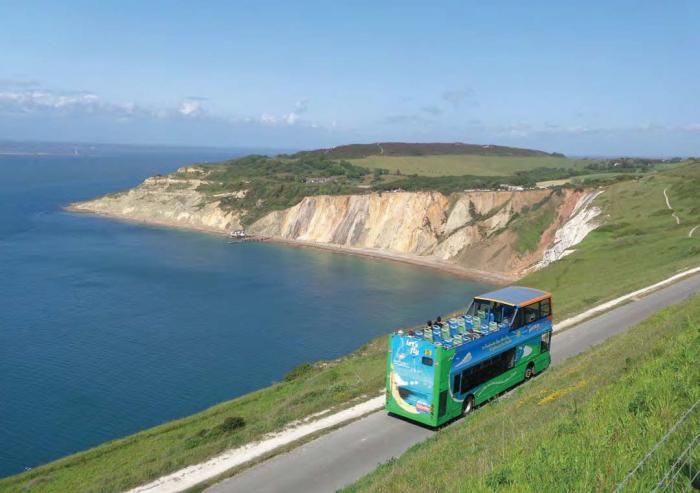 Needles Breezer part open-top Volvo B7TL/Plaxton President 1991 (WDL 691) descending from The Needles New Battery high above Alum Bay with its multicoloured cliffs and the mainland in the background.

After an eight-year hiatus, I revisited the Isle of Wight in early June last year to ride the seasonal Southern Vectis tourist services, all now back to being provided using double-deckers, with part open-tops and commentary on two of them. 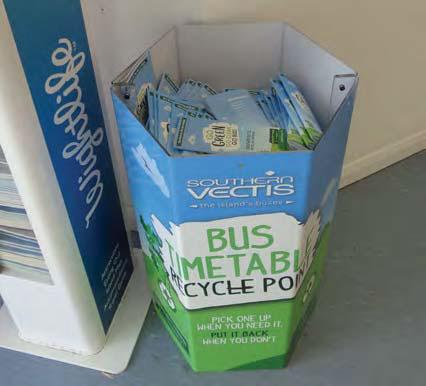 Southern Vectis is encouraging passengers to browse and return its timetables rather than take them away.

The Go South Coast division had four daily routes last year: the open-top Needles Breezer in West Wight from 9 March to 3 November, the closed-top Island Coaster via the southern coast from 6 April to 28 September, and the open-top Downs Breezer around East Wight local Shanklin Shuttle from 25 May to 28 September.