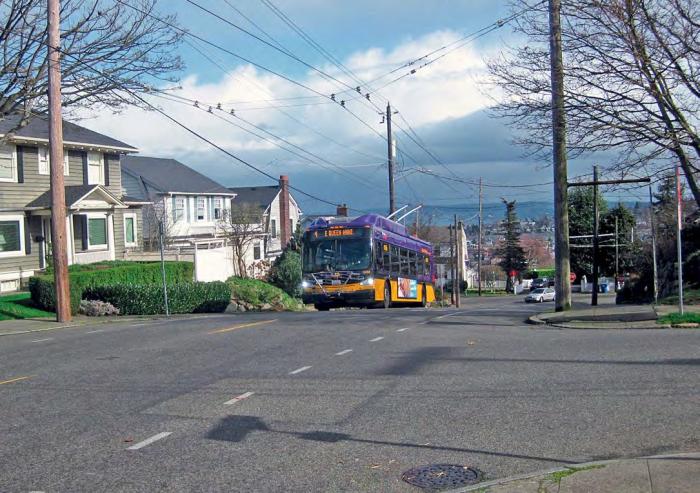 King County Metro 4358, a 40ft New Flyer XT40 on one of the lines in the classy and hilly Queen Anne district of Seattle. Residents here fought strongly to retain electric traction. Lake Washington is in the background. San Francisco’s new 40ft New Flyers will be like this.

Some sloppy journalist wrote in a major UK newspaper in 2016 that there is no public transport in the United States outside New York. Stuff and nonsense, there is loads of it. Even car crazy Los Angeles has a comprehensive, high frequency, cheap, award winning bus network using the nation’s largest fleet of compressed natural gas buses, over 2,200 of them. And with most city downtowns being walkable, you really do not need a car.