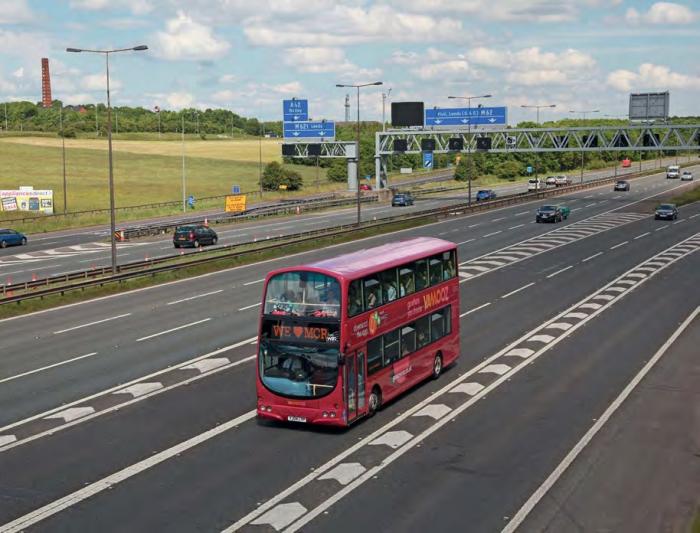 The first Vamooz trip, on 4 June, was from Harrogate to the One Love concert in Manchester in honour of the victims of the Manchester Arena terrorist attack two weeks earlier. This is the vehicle painted to promote Vamooz, Wright Eclipse Geminibodied Volvo B7TL 404 (YJ04 LYP) in The Blackburn Bus Company fleet, joining the M62 at Birstall.
STEPHENWHITELEY

We publish two letters this month from readers responding to last month’s Comment that argued for a new long-term planning vision to lessen the need for some of today’s dependence on cars and light delivery vans.