Turners Tours of Chulmleigh withdrew its remaining 18 local bus routes in Devon at short notice on 28 October owing to the illness of its transport manager.

All were supported services to Barnstaple, South Molton, Holsworthy, Okehampton, Crediton, Tiverton and Exeter, together requiring five buses. Most ran only on market days, two on schooldays, while four operated Monday to Saturday in the South Molton area.

Devon County Council sought emergency tenders for replacement services, but found it challenging to cover routes in such a deeply rural area with few operators. It warns that in some cases the continued operation of lowfloor buses may not be possible.

Turners Tours, established in 1920, holds a 26-vehicle operator licence and is in the third generation of family ownership.

■ Exeter-based coach operator Hamilton Gray had its 11-vehicle operator licence revoked from 23.59 on 31 October (Buses September) owing to a loss of financial standing. It says it will continue in business, with no job losses and existing bookings honoured by other operators, while it applies for a new operator licence. Devon County Council awarded its two school contracts to Abbot Coach Travel and Grey Cars of Newton Abbot. 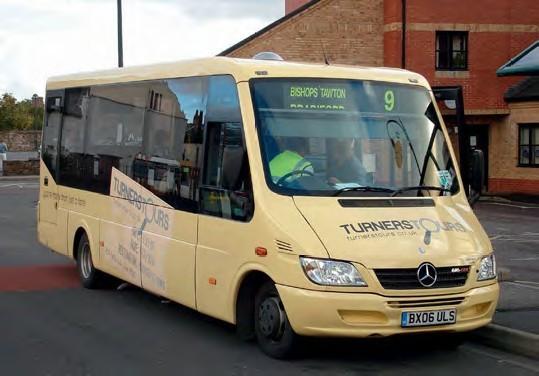