BILL BARLOW changed his view of what a coach holiday could offer after he and his wife discovered the products on offer from Shearings. He hopes that these pleasures will still be available now that the business has been rescued following its shock collapse in May. 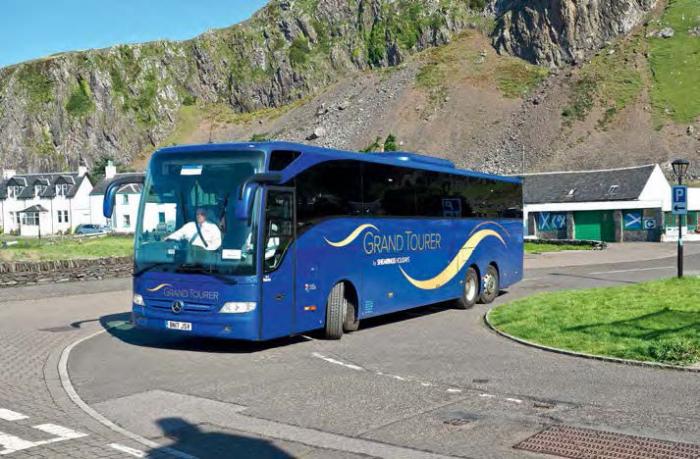 Shearings 916 (BN17 JSV), a tri-axle Mercedes-Benz Tourismo, in Easdale in August 2018 on a tour centred on Oban.
IAN D. MILLAR

Until 2011, my concept of a coach holiday involved a group of enthusiasts getting together, going away on a coach (the older the better) and spending a week photographing buses, riding on buses (the older the better), visiting depots and museums, then spending the evening in the hotel bar talking about buses.

Mrs B pointed out to me that most coach holidays were not like that at all, and that she and some of her friends had enjoyed two coach holidays to Belgium where there was no talk about buses and they had engaged in conventional pursuits like visiting an antiques fair.