Trent Barton affirms its faith in Enviro200 with second contract 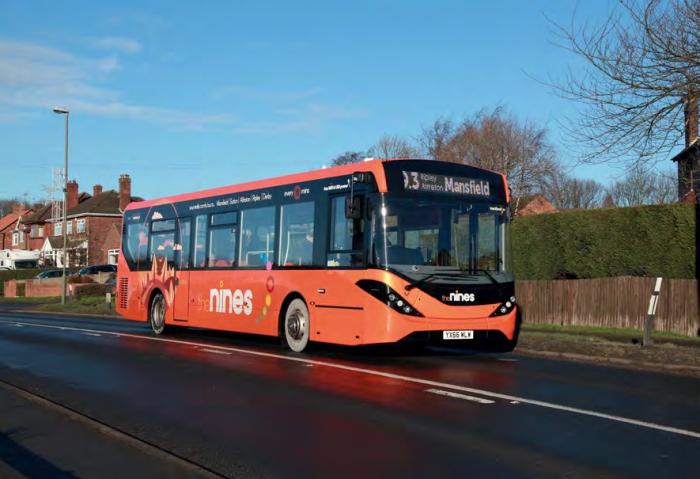 Trent Barton is returning to Alexander Dennis for a second successive year with an order that will more than double its fleet of Enviro200 MMC single-deckers.

It is spending £5million — its biggest-ever single year investment — in 28 vehicles, 25 of them Enviro200s. These follow its purchase last year of 22 similar vehicles in a break from buying mainly Optare and Volvo/Wright products.

The other three single-deckers this year will be Euro6 Mercedes-Benz Citaro O295s for the sister Kinchbus fleet, joining eight 2014 examples already on its Skylink service linking Derby, Loughborough and Leicester with East Midlands Airport.

Like last year’s Enviro200s, these latest vehicles will be built in Scarborough. Features specified this time include glazed skylights, LED lighting, audio and visual nextstop announcements, free superfast WiFi and USB power sockets at every seat.

The first nine, due in July, are for the Rushcliffe Mainline service connecting Nottingham and Bingham, with peak period extensions to Bottesford railway station on the Nottingham-Grantham line.

Eleven follow in September for Skylink Nottingham, serving Long Eaton, Castle Donington, Shepshed, Coalville and East Midlands Airport, while the remaining five are coming later in the year for The Allestree route in Derby.

Vehicles released from these routes will allow Trent Barton to refurbish vehicles to similar standards for the Cotgrave Connection and Keyworth Connection routes from Nottingham.