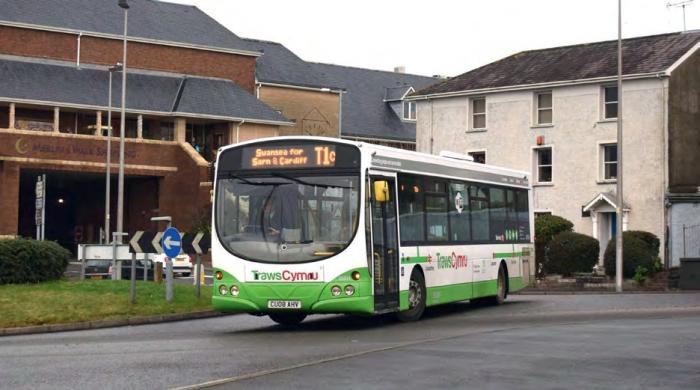 Skates convened the summit as part of his response to the closure of three established Welsh operators last summer — GHA Coaches, Silcox of Pembroke Dock and Lewis Coaches — and the growth of TrawsCymru occurred despite GHA collapsing shortly before the summer holidays peak

The network has increased physically in the current financial year, with the addition of a T6 route between Swansea and Brecon and a once-daily T1c Aberystwyth-Cardiff working to replace a route lost after Lewis Coaches closed. Network manager David Hall says passenger numbers have increased even with the new routes excluded from the comparison.

Service T3 between Wrexham and the coastal resort of Barmouth suffered a sudden reduction in frequency in July after the demise of GHA Coaches, which had invested in three new Alexander Dennis Enviro400- bodied Scania double-deckers for the route. A longterm contract, replacing the post-GHA emergency contract, has now been awarded to Lloyd’s Coaches of Machynlleth. ‘It purchased the double-deckers that GHA used to run, ’ says Hall. ‘Passenger numbers took a dip when GHA went into liquidation but they’re recovering nicely.’

NAT also operates the TrawsCymru T9 service between Cardiff and Cardiff Airport. Passenger numbers at the airport and on the T9 increased during 2016.

Hall says a new route linking Brecon with Abergavenny, Monmouth and Chepstow is being considered.