Translink, Northern Ireland’s state-owned bus and rail operator, will have to cut services unless a serious funding shortfall is reversed quickly. This is despite the apparent success of its Belfast Glider bus rapid transit service and growing passenger numbers on Metro services in the city and its wider Ulsterbus network. 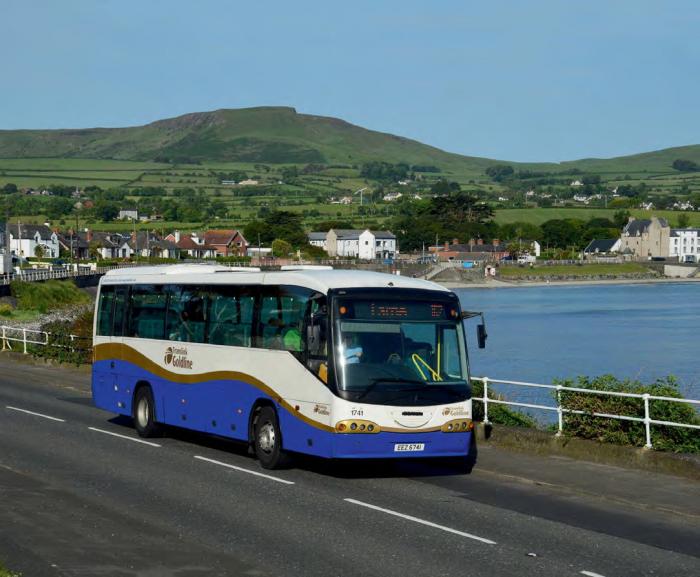 Oldest vehicles in the Goldline fleet are Irizar Intercentury-bodied Scania L94IB coaches new in 2005, like 1741 (EEZ 6741) photographed at Ballygally on the Antrim Coast, north of Larne.
NOEL O’RAWE

The Northern Ireland Assembly’s infrastructure committee, formed as a result of the restoration of devolved government in January, has written to the finance minister stressing the urgency of providing adequate funding, but that is not certain to be forthcoming.