’Too many pensioners’ in north Norfolk threaten network 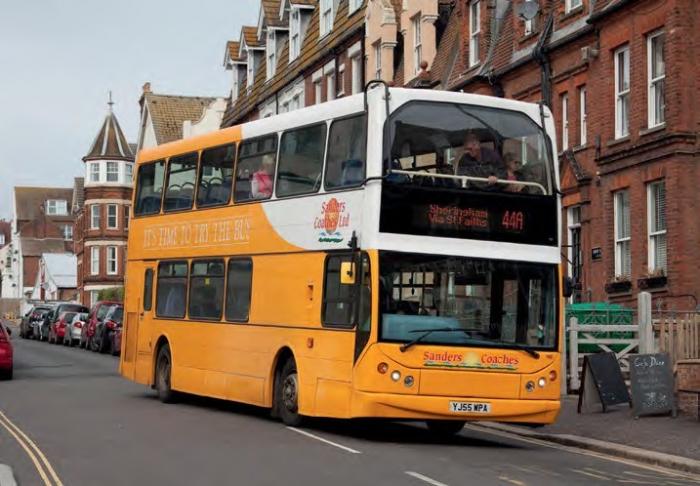 Sanders Coaches has blasted the low level of concessionary fare reimbursement in Norfolk, telling BBC Radio Norfolk: ‘My whole network is at risk here; the whole lot could go.’

Director Charles Sanders says: ‘We’ve got routes that are 90% concessionary bus fares. With only 20% of my customers paying, there are 70 to 80% I cannot get another penny from.’ He adds: ‘My company is badly disadvantaged by where we are based, as we are the second highest retirement area in the UK.’

Besides taking over the eastern section of the Coasthopper service given up by Stagecoach East last April, Sanders Coaches provides a comprehensive network radiating out from Norwich across the small towns of north Norfolk. Without a higher level of reimbursement, he says, ‘We could have to review our whole network.’

Norfolk County Council pays on average 40p for every £1 adult fare. There are 186,000 bus passes in circulation, representing a take up rate of 81%, and 9million journeys were made with them in Norfolk last year. The equivalent commercial fares would have cost £20.6million, but operators only received £11.4million. County councillor Martin Wilby says: ‘We get £8million from central government, so we have a shortfall of nearly £4million.’

Both the council and Sanders Coaches are seeking more funding for what the company director describes as ‘a fairer deal from central government’.