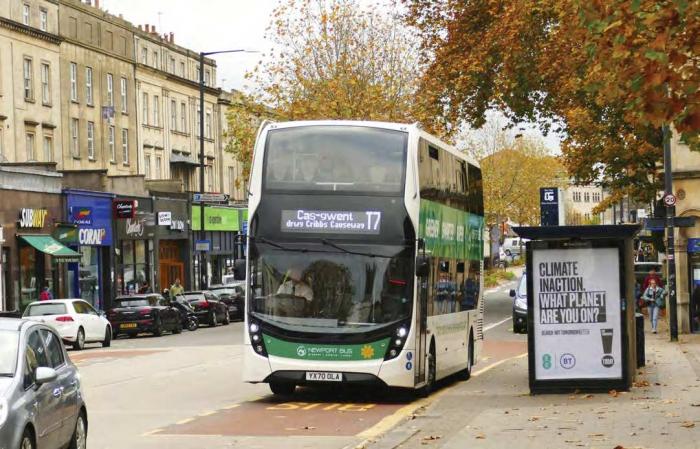 The Welsh Government is funding a third vehicle for the T7 cross-Severn bus service, to address reliability problems caused by severe traffic congestion in Bristol.

Although the UK Government pledged to “build back greener”, car travel in Bristol returned with a vengeance and caused major delays to the T7, as encountered when Buses tested the service in October (Buses February). The T7’s operator, Newport Transport, deployed a third vehicle from its own resources to help out at times, but some services were cancelled.

The Welsh Government has accepted the T7 needs a third vehicle if it is to maintain passengers’ confidence and build custom.

In tandem, a new timetable was introduced on January 30. While 50 minutes remains the norm for services to Bristol, those in the opposite direction are generally allowed a further three minutes, with the 16:10 from Bristol timed at 63 minutes.