SWINGING BACK TO SWINTON 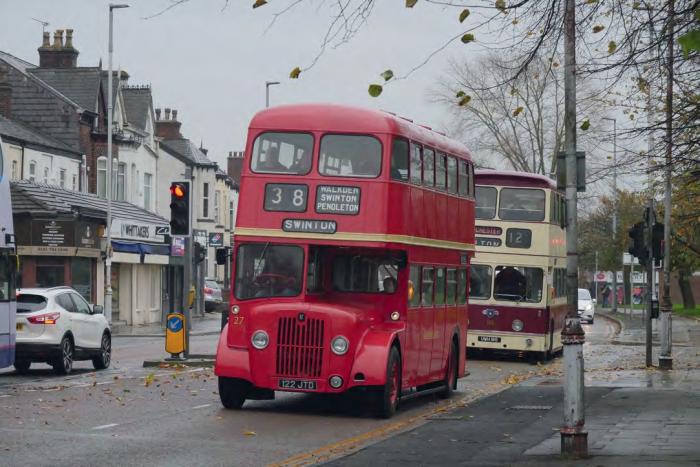 Lancashire United 27 (122 JTD), the museum’s 1959 Guy Arab IV with rear entrance Northern Counties, in Swinton with Bolton 185 (UWH 185), a 1963 Leyland Atlantean with East Lancs body, in close pursuit. Only four years separate the two double-deckers, but the difference in chassis and body layouts — even livery design — is immense.
PHIL HALEWOOD 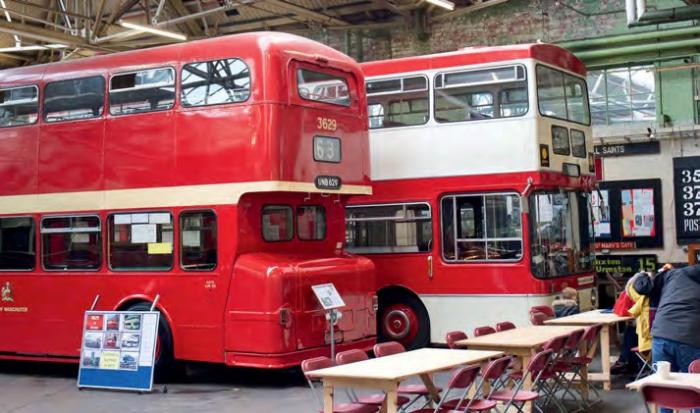 A contrast of Manchester Atlanteans between the rear of 3629 (UNB 629) of 1960 with its Metro-Cammell body and the front of Park Royal-bodied 1001 (HVM 901F) of 1968, its Park Royal body the first of the Mancunian design.
STEPHEN MORRIS

It is easy from a 21st century perspective to think of the 1980s as the decade that changed the bus world. But in some respects the change that took place between 1960 and 1969 was even more monumental as the industry got to grips with declining use and increasing traffic congestion.