For this month’s flight of creative fantasy, the team at The MHD Partnership offers the travelling public of South Yorkshire a 1950s American road look with its imagined identity for a revived Mainline company and argues that red rather than yellow is the better colour to attract the attention of potential passengers in a hurry 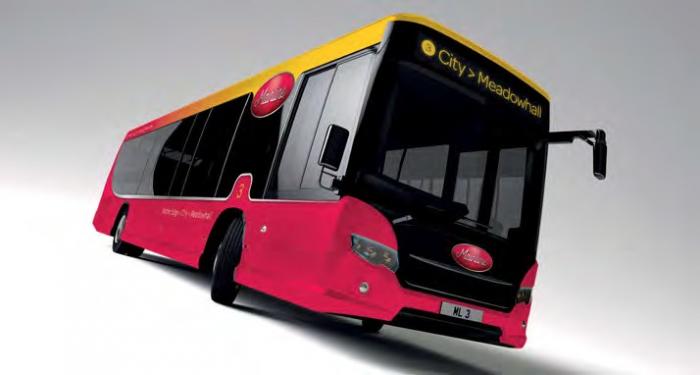 Mainline was the name that South Yorkshire Transport adopted a few years after deregulation to set the arms length company firmly apart from its past as the bus operating wing of South Yorkshire PTE.

From its formation in 1974, absorbing the cream and dark blue municipal buses of Sheffield, the deep blue and cream of Rotherham and the red relieved with mauve and white of Doncaster, the PTE’s chosen colours were coffee and cream, a bland combination the steered clear of any of its municipal past.