DAVID TOY recalls how the Scottish Bus Group’s central works were turned into a free-standing business that for a time secured work from as far away as London, and how one of the privatised operating companies generated third party business in the early 1990s 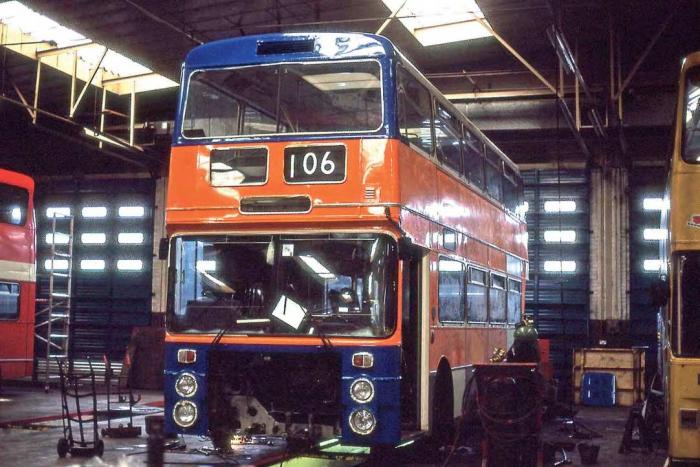 Inside Kirkcaldy works in April 1987, when SBG Engineering was preparing newly acquired ex-Greater Manchester LJA 483P, a Daimler Fleetline with Northern Counties body, for Strathtay Scottish to become its SD22. Just visible on the right is a Kelvin Scottish MCW Metrobus, while an Ailsa in the local Fife fleet is on the far left.
IAIN MacGREGOR

A couple of years after the National Bus Company’s southern region began breaking up its subsidiaries into smaller units, the state-owned  Scottish Bus Group did something similar.